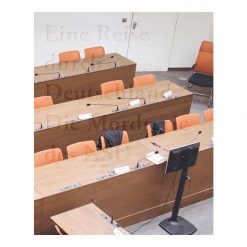 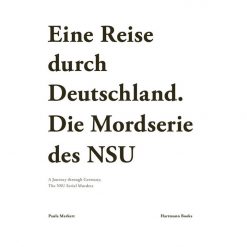 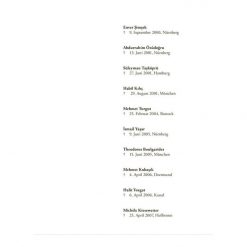 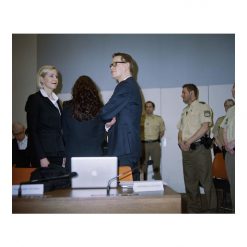 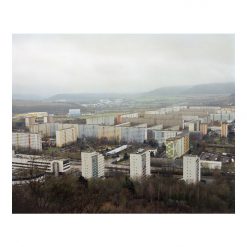 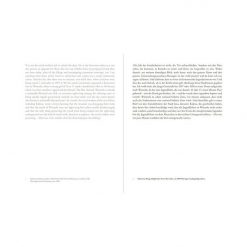 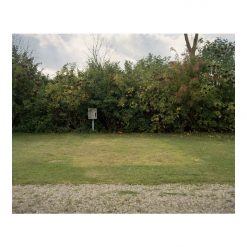 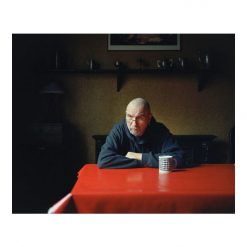 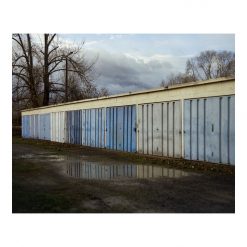 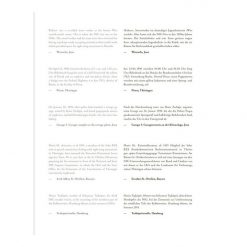 Paula Markert
A Journey through Germany. The NSU Serial Murders

The verdict of the five-year NSU (National Socialist Underground) murder trial was announced in Munich in July 2018. The so-called NSU Trial is a milestone in postwar German jurisdiction that deeply challenged the understanding of democracy of all those who were directly and indirectly involved. Beate Zschäpe, the sole survivor of the NSU terror cell, and four supporters were eventually sentenced to prison terms. For eleven years the NSU committed right-wing-extremist-motivated murders in Germany, claiming the lives of ten people. The series of murders ended with the discovery of the corpses of Uwe Böhnhardt and Uwe Mundlos in 2011. Only then did the judiciary discover the connections between the victims, who had long been under suspicion themselves, and the right-wing extremist movement. From fall 2014 to spring 2017 the Hamburg-based documentary photographer Paula Market (*1982) traveled through Germany, following in the footsteps of the NSU and documenting people and places associated with the NSU. Her photos of crime scenes and holiday retreats of the murderers are juxtaposed with portraits of victims, lawyers, and institutions. Markert’s photographs are combined with twelve selected text fragments and excerpts from interviews, providing a multifaceted impression of the events and, above all, of the many inconsistencies that remain incomprehensible to this day—questioning the due diligence obligations of the state and the role of the Federal Republic of Germany’s domestic intelligence service. This printed and bound book is intended to save the trial and the victims from the rapid digital oblivion of our times!