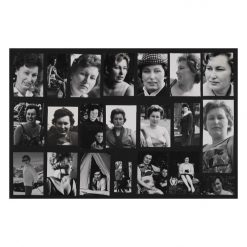 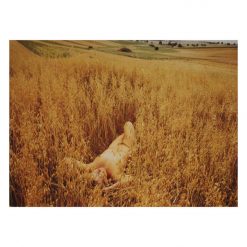 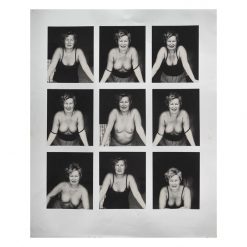 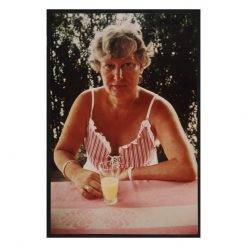 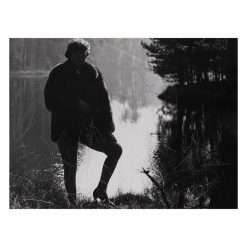 The photographs in this book are from the extensive archives of Eugen Gerbert (1923– 1995). Although wounded twice he survived the war and returned to his old job at the Reichsbahn (railroad). In 1952 he met his future wife, Gerti (1931–2017), and they married in 1954. Gerti was not only his wife and mother of two sons, but also his muse and favorite life long model. With her he was able to bring his creativity and passion for photography to fruition. Starting in the early 1950s he devotedly photographed his wife for decades. In addition to the obligatory family photographs he produced countless photographs of Gerti—in homemade dresses, in lingerie, wearing a bikini or naked, traveling, at the beach, in the forest, in their car, or at home—until his death. Many of the shots are spontaneous, while others are carefully staged. His enthusiasm for photography never abated. Even at a ripe age, a scantily dressed, mature Gerti can be seen posing on the beach. When he died, the passionate amateur photographer left behind a well-organized archive with tens of thousands of negatives, enlargements, and slides, but also watercolors and elaborate biographical texts. Normally private image archives of this sort are destroyed after the death of their maker —but not in this case. Gerti Gerbert decided to publish the photographs herself after Eugen’s death. She met Siegfried Sander, the Hamburg art dealer and passionate collector of photographic estates and bequeathed her husband’s archives to him, to save them from being forgotten. This publication gives a first concentrated look at the private passion of Eugen Gerbert and fulfills Gerti’s wish that her husband’s photographs be shown publically.