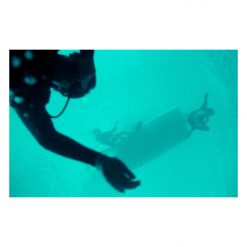 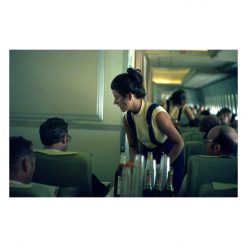 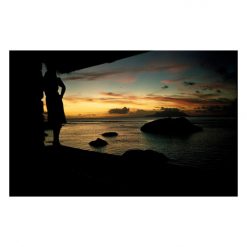 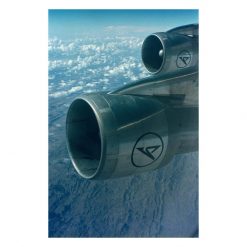 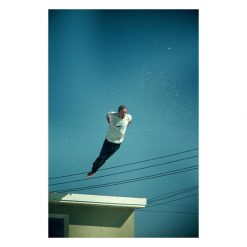 Axel Herrmann (1946–2010) began documenting his exciting life as a commercial pilot in 1967. Although his occupation was flying, his passions were photography, traveling, and, starting in the early 1970s, his wife Heide, a stewardess whom he met shortly after beginning his career as a pilot. Until 1979, when their son Daniel was born, they led the lives of jetsetters, in a way that the advertising agencies of the era could have hardly invented more authentically. The good-looking pilot and the attractive stewardess traveled around the world together, to faraway places like Hawaii, Tokyo, New York, Rio de Janeiro, Bangkok, Hong Kong … During the layovers, which back then were much longer than today, they stayed in luxurious hotels and had time for lengthy excursions, beach holidays, and sightseeing—long before modern mass tourism made traveling far less exclusive. Axel Herrmann always had his camera with him and had a good sense for situations and the right moment. The colors of the his favorite Kodachrome film allow the private memories to shine nostalgically even after five decades. He photographed his wife and favorite model in airplanes, working, in front of tourist attractions, on the beach, at pools, against sunset backdrops, in hotels, with friends and relatives. After his wife’s death in 2002, he destroyed a large part of his film and photo archive. The images shown here were also almost lost. However, Axel’s son Daniel, who was doing his final project at the HFG design school in Offenbach, scanned part of his father’s slide archives and gave them the title “Continental Breakfast.” Only these scans and around one hundred original slides have survived. His project made this book and the exhibition about the unusual life of his flying parents possible.